THIS side almost always features just one ruckman, but Max Gawn and Brodie Grundy both demanded selection in the round nine Team of the Week, brought to you by AccorHotels.

Gawn was simply extraordinary for Melbourne. He couldn't have done much more as West Coast overran the Demons in the final term last Friday.

Then for Collingwood, Grundy was utterly dominant in the second half to help the Pies power away from St Kilda.

Most teams don't go with dual big men but when Gawn and Grundy play like that, it's pretty tough to leave either out. 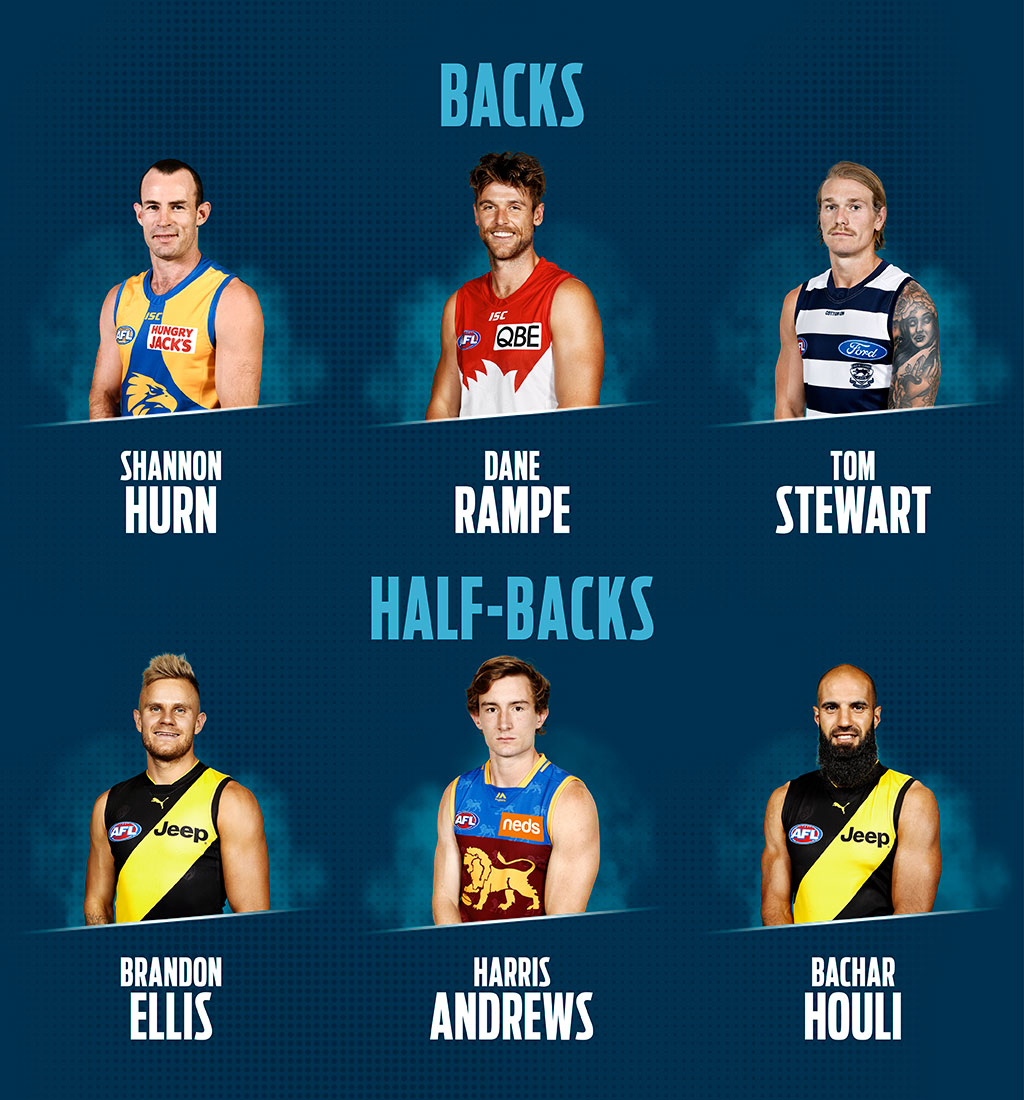 Despite being 31, there's no sign Shannon Hurn is slowing down and he looks on track to be the Virgin Australia All Australian captain. Another destined for that side is Tom Stewart, who has been in fine nick for Geelong. Dane Rampekept Ben Brown quiet, while Brisbane backman Harris Andrews was the general in defence in a tight affair with Adelaide. Richmond pair Brandon Ellis and Bachar Houli offered plenty of drive as the Tigers defeated Hawthorn. 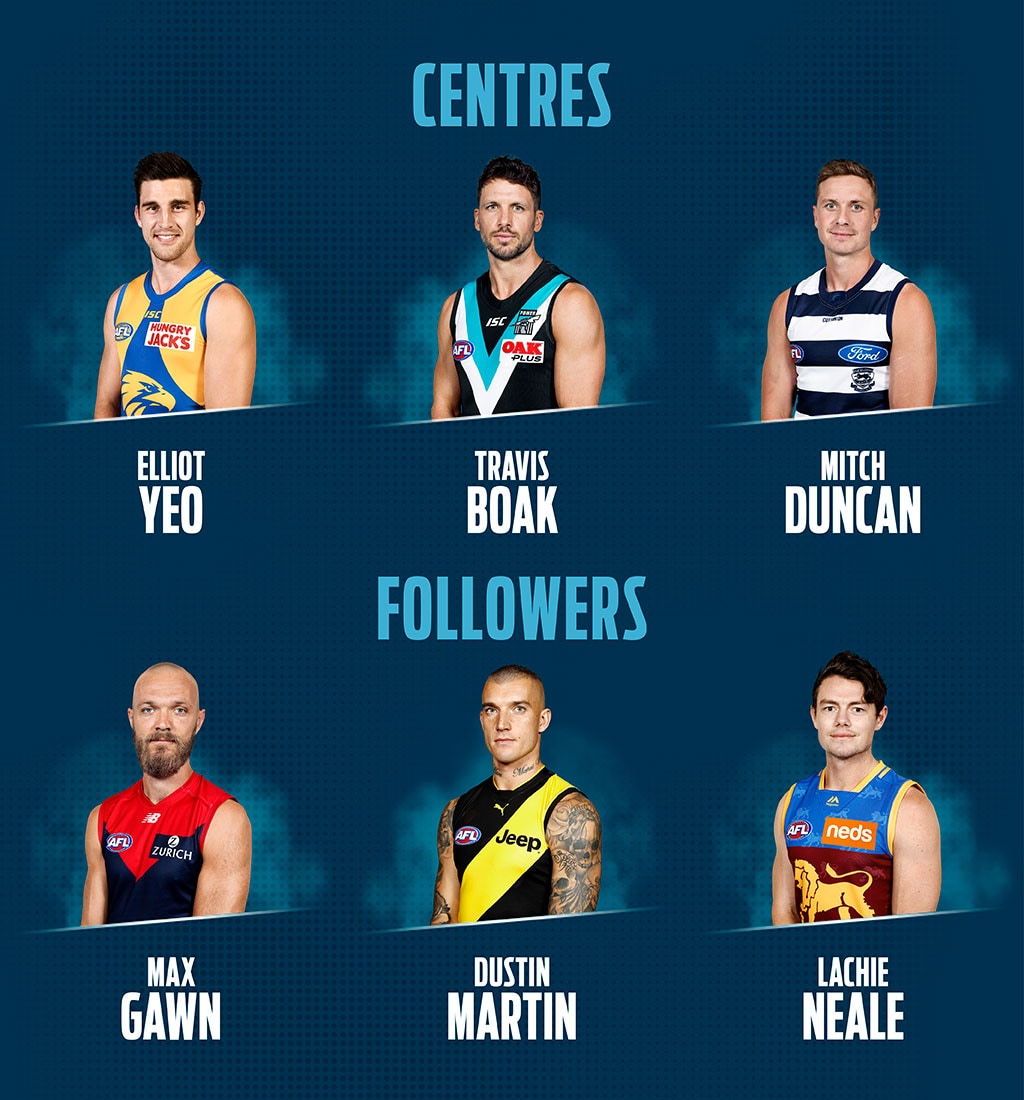 He didn't line up on a wing against Melbourne but Elliot Yeo had to be squeezed in somewhere. Former Port Adelaide skipper Travis Boak continued what has been a fine season and looks rejuvenated in the onball unit. Mitch Duncan was sparkling for the Cats. The 2017 Brownlow medallist Dustin Martin was in scary form against Hawthorn, Gawn was similarly brilliant and Lachie Neale keeps on racking up possessions. 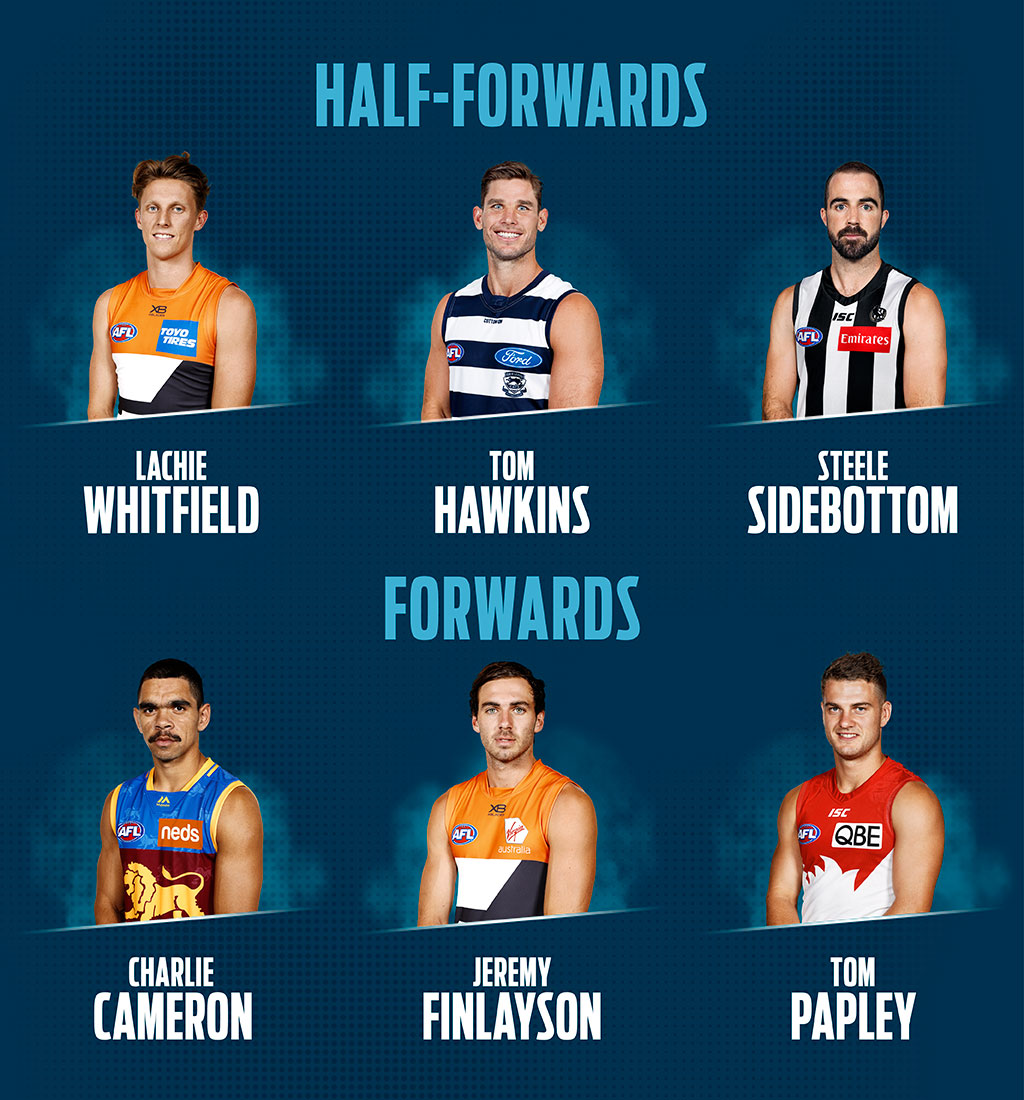 Greater Western Sydney smooth-mover Lachie Whitfield might be the most damaging player in the competition. Geelong powerhouse Tom Hawkins is having a great campaign and sits second in the Coleman Medal. Steele Sidebottom cranks out excellent performances. Up against his former side, Charlie Cameron delivered when it counted as Brisbane held on against Adelaide. Giants forward Jeremy Finlayson bagged five goals, while Tom Papley produced some special moments against North Melbourne. 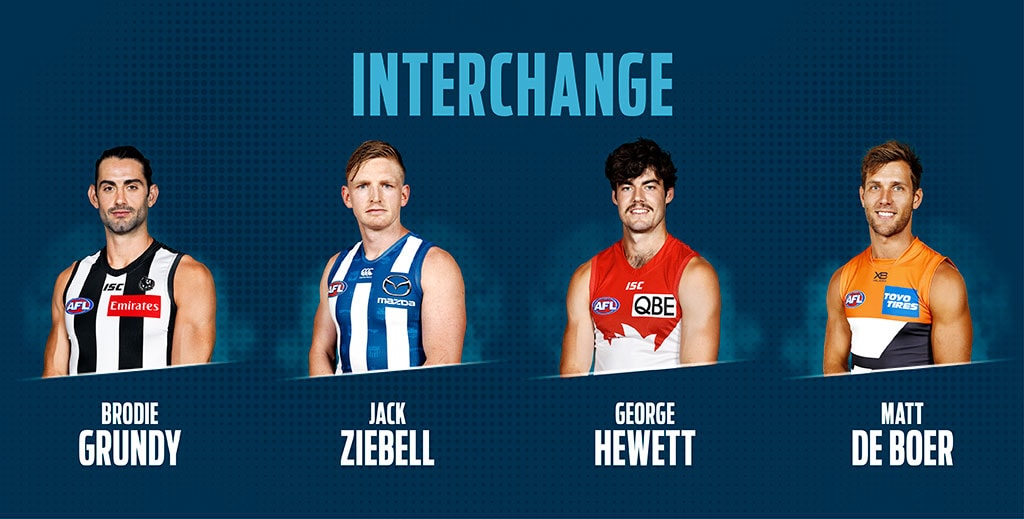 The most in-form player in the AFL might be Grundy. Jack Ziebell was huge for the Roos while George Hewett is underrated for the Swans. Keeping Patrick Cripps quiet is perhaps the hardest task in footy – for Matt de Boer to keep him to 12 disposals was an outstanding effort.